Hey guys! As I have said last night on my latest post, I would share what inspirational quotes I have encountered while reading the book. The book got me smiling, laughing, face-palming, contemplating my life…

I felt a sudden burst of energy to write this as soon as possible because it seems that the one of the people who handles ABRAMS Kids‘ Twitter account noticed my post. I don’t know how the hell though (erm, tags?). I immediately fangirled and thought that it was so cool. By the way, ABRAMS publishes the imprint Amulet, which published the book. They’re awesome!

Let’s get down to the quotes!

“The lesson I learned is that some people won’t think twice about using you, especially when there’s a country club involved.” (Jeff Kinney, 2009, 4)

Apparently, best friends Greg and Rowley brought a girl in a country club in an attempt to impress her. She completely forgot about them to chase a lifeguard, though.

Gel’s life interpretation: Sucks to have someone take advantage of you, eh? If you are a person who is too nice and is always ready to help, then maybe you have felt that people just take you for granted. In the end, we cannot control the behavior of others, but we can take control of our own choices to wisely decide how to handle a situation.

“I’m not really sure what makes a book a “classic” to begin with, but I think it has to be at least fifty years old and some person or animal has to die in the end.” (Jeff Kinney, 2009, 37)

Aww… little Greg was NOT impressed when his Mom organized the “Reading is Fun Club”. He and the others forced to attend want to read what his Mom coined as “not ‘real’ literature”, and he was not exactly thrilled to read “Little Women” or “Anne of Green Gables”.

Gel’s life interpretation: I was amused by Greg’s definition. For me, a book is a “classic” when it has of course, withstood the test of time and has contemporary significance. Who doesn’t love reading classics when is clearly a learning experience and still addresses societal issues (well, Greg and friends obviously!)? Anyway, classic or not, I think the most important thing is that we should instill the future generation’s love of READING, regardless of our choice of books.

Greg has accumulated a lot of debt from ordering smoothies in the country club, and he now thinks of an easy way to get out of the situation without having to do work.

Gel’s life interpretation: I don’t think if you were lazy when you were young, you can blame yourself and others in the past for not straightening out that habit. Maybe you just don’t have enough motivation, you struggle in self-discipline because of many distractions, or you are being too hard on yourself because of unrealistic expectations TODAY. Being lazy is not in anyone’s personality, but it surely can test your consistency and willpower.

“Plus, Heather’s going off to college next year, and those long-distance relationships never really seem to work out.” (Jeff Kinney, 2009, 160)

It seems that Greg has a crush! But evidently, he chose not to clean vomit than chase the girl of his dreams.

Gel’s life interpretation: Well, based from my experience, high school sweethearts CAN work out long-distance relationships in college. But I’m still only on my freshman year at the university, so let’s see. What do I know is that Greg is in middle-school, so MAYBE his theory may just be right, assuming he has a chance with her, which I also do know is hazier than the haziest haze (wait, what?).

Gel’s life interpretation: Yep, if you think you still haven’t got what it takes to be a “real man”, then don’t rush, especially if you’re in middle-school. Enjoy just being a “boy” and escape the horrors of the adult world. Kidding!

“You know, I should have stuck with my original plan and stayed inside this summer, because all my trouble started the minute I stepped out of the house.” (Jeff Kinney, 2009, 212).

But… but you gained exp!

Gel’s life interpretation: No arguing with that.

Despite Greg and his dad’s cold relationship due to disastrous events, at the end of the day, they still chill.

Gel’s life interpretation: This has got to be my favorite quote in the book because it is so cute. Think of anyone you are close with. You have individual likes and you may find each other’s differences annoying. But why do you get along well? Hmm?

We are finally finished! It took me a long time to type this because once again, procrastination. (Well, so what? I got it fabulously done!) I don’t know if I actually helped in my life interpretations or it was just like baloney, but trust me, those are from what I’m feeling! Diary of a Wimpy Kid is one of the series that I hold close to my heart. Maybe you could check it out, too!

That’s all for today. See you tomorrow and thanks for reading!

All but the featured image are made by me on Adobe Photoshop CS. I can’t find a template in the web for the grey lines on a notebook, so I had to do it on scratch! Frustrating, but satisfying. The font is Coop Forged, just in case anyone is interested.

6 thoughts on “7 Amusing Quotes from Diary of a Wimpy Kid: Dog Days” 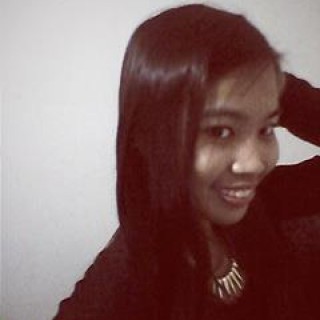 Gel loves all sorts of things, but above all, she likes to write book reviews, be creative with simple quotes, and watch her favorite YouTubers. She is an Organizational Communication student from the University of the Philippines Manila. Dream is her favorite word, simply because the beauty of it is magic. Strongly believes that the world needs dreamers who do. Oh yeah, you can call her "queen", because why shouldn't you?